Indian shares climbed to their high­est close in more than three weeks on the government proposals to cut the deficit and ease the tax burden on individuals, 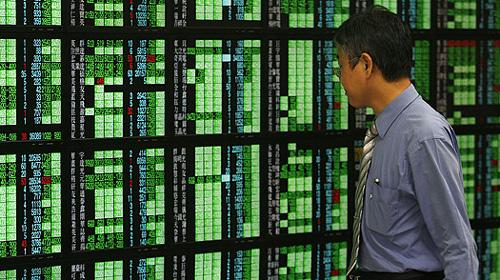 Indian shares climbed to their high­est close in more than three weeks on the government proposals to cut the deficit and ease the tax burden on individuals, while Japanese stocks gained on better-than-ex­pected industrial-output data. Asian markets were also encouraged by a late recovery on Wall Street Thursday, although U.S. bench­marks ended in the red.

The end of last week saw in Mumbai the Sensex gaining 1.1% to 16429.55, its high­est close since Feb. 3, as Finance Minister Pranab Mukherjee said the fiscal-deficit target for the year starting April 1 would be 5.5% of gross domestic product, down from an estimated 6.9% this year. State Bank of India also jumped 3.2%, and private-sector lender ICICI Bank added 2.4%. Tata Motors, which swung to a third-quarter consolidated net profit, jumped 6.3%.

Hong Kong’s Hang Seng Index added 1% to 20608.70, capping a month in which the index gained 2.4%. That was its best monthly showing since October. Cathay Pacific Airways climbed 2.1% in the wake of news Thursday that it has finalized plans for an air-cargo joint venture with China’s national carrier Air China. The joint venture will give the company access to the Yang­tze River Delta, China’s booming industrial hub.

Japan’s Nikkei Stock Average of 225 companies rose 0.2% to 10126.03, as better-than-expected industrial output data helped to soften the blow of a stronger yen. That moved the index fractionally higher for the week. However, it shed 0.7% for all of February. Car makers were up; Toyota Mo­tor rose 1.8% and Mazda Motor jumped 4%, aided by the manufacturing data. Suzuki Motor gained 1.1%, despite announcing recalls of 432,366 vehicles in Japan due to air-conditioning defects.

USD17.2 million to be spent on Property Rights Project