In relation to the implementation of the Government’s Activity Program in 2004-2008 and the increase of the number of TV channels across the country, 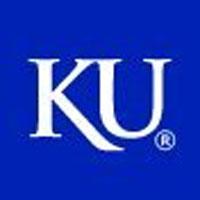 In relation to the implementation of the Government’s Activity Program in 2004-2008 and the increase of the number of TV channels across the country, the Communications Regulatory Committee (CRC) introduced Wednesday its proposal to introduce the “KU” band, one of the portions of the electromagnetic spectrum in the microwave range of frequencies.

By announcing a tender, the CRC has already selected an organization - the “GEM International” company - to set up a KU band station and to perform the service. In agreement with the contract, the company will distribute 10 TV channels free-of-charge to people nationwide. If a consumer wants to watch more than ten channels, he or she will have to pay MNT 40,700 for buying a code detecting apparatus.

Currently, some 90 thousand herdsmen receive TV programs, of which over 30% - about 24 thousand - watch various TV channels using the KU band, according to survey.

Meanwhile, a project financed by the Department of State’s Small Democracy Grant Fund had awarded USUSD15,850 to Orkhon -XXI Century Center to produce 12 television and radio programs centered on civil education. During the past year, the Center created some 120 minutes of original programming on topics ranging from small business administration to the environment to social responsibility in and around Darkhan.

Mr Ragchaasuren, a director of the Center, stated a sizable increase in the number of processing small businesses in Darkhan has been felt over the past 6 months due in large part to the broadcast.