Last week’s Cabinet Meeting made a decision to include areas totalling 74287 acres in the Bulgan province’s Bayannuur, Dashinchilen, 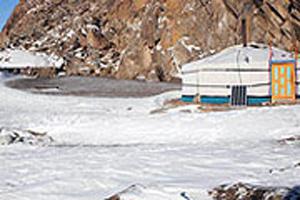 Last week’s Cabinet Meeting made a decision to include areas totalling 74287 acres in the Bulgan province’s Bayannuur, Dashinchilen, and Rashaant soums, in the Ovorkhangai province’s Burd and Bayan-Ondor soums, and in the Tov province’s Delgerkhaan, Ondorshireet and Erdenesant soums in the list of special zones to be used for transhumance - the transfer of livestock from one grazing ground to another. In recent years, desertification has been intensively increasing in the pasture areas of Mongolia due to global climate change and the augmentation of goats breeding. As a result, the Gobi desert and the steppe regions’ carrying pastures capacity has been worsening, causing conflicts to erupt between herdsmen and provincial authorities, or among herdsmen, in the search of pasturing ground, especially in the Dundgobi, Ovorkhangai, Tov, and Bulgan provinces.

The Minister of Food, Agriculture and Light Industry T. Badamjunai and the Minister of Roads, Transportation, Construction and Urban Development had been ordered to submit a report on the issue to the Cabinet within December 2009.

A research into potential pasture areas was carried out in the Tov, Bulgan and Ovorkhangai provinces where new pasture zones totalling 74 287 acres were allocated for transhumance by the Government.

According to a report from the Governmental United Fund for 2009, Mongolia has 115.3 million hectares of pasture.