Finally, China will win (to Coronavirus). If they will not conquer the disease, we will be defeated by that illness either. That is why we should Pray for China…

-If they will not conquer the disease, we will be defeated by that illness either-

One. Only a bad man would exaggerate virus

A new kind of flulike virus spread through China. Mongolians are exaggerating the situation, demanding to close the border. They act like they will be the only ones who will survive if it was the world’s end. Three centuries ago, it would have been possible to bear deadly disease and to remain peacefully in the steppe.

Our ancestors had been reminding us by saying “Only a bad man would encourage war.” But even before the war, we are frustrated to hear the name of the virus, acting like a mad yak. (Yak is a Tibetan animal, but it's so alike Mongolians when it goes mad. It could even run through seven mountains with its disheveled hair fly in the wind, reminding us of our overreaction to poisonous bananas)

Some people are even speaking of taking advantage of this opportunity to fight with China. Generally, our ancient personality has started to emerge. The protection from the coronavirus that has spread in China seems to be developing to defense against China among some parts of society.

We must understand one thing. The world today is flat. Once the world is doomed, Mongolia will not survive alone. Even if China is destroyed, there is no chance for Mongolia to be left behind that. One nation fails, so does the other as the destiny of humanity is united.

Therefore, it would be more understandable to God if we pray “May China defeat the coronavirus” instead of wishing it to bypass Mongolia.

Many people believe that China, on the verge of its breakthrough, could defeat the coronavirus as it did with the SARS. The Government of China is also showing its aspiration to prove it and demonstrate its full potential.

You may think I’m on the Chinese side but I’m not. Here is the reason. I only know that If China does not conquer the coronavirus...if they cannot...there will be no need to use the flour and rice we stocked.

The majority of people understand it, but almost none of them speak about it.

Even the monasteries that have been praying for animals killed in Australia’s wildfire a few days ago is being silent. Although the monks are praying “For the sake of all the living creatures, including the Chinese in danger,” they whispered it without even hearing it themselves. Because they are afraid of being blamed for “praying for the Chinese.”

The Government of Mongolia, which assists in earthquakes in Japan and burning animals in Australia, is doing nothing to its eternal neighbor. Because is ashamed to be said as a government that helps China.

Is it a normal phenomenon? The Chinese are infected with the virus, or on the contrary, we are eaten by a different virus which is more dangerous than that.

Yes, this is a “virus”. A virus that is spreading along with the coronavirus and will last longer than that. The virus was created in our mindset in the mid-twentieth century, with the coldness in Soviet-Chinese relations.

Two. When vitamin turns into virus

This deadly virus was initially a useful vitamin. It has been mutated for hundreds of years since it came into our perspective. This is a Sinophobia or Anti-Chinese sentiment that was created following the weakened relationship between the Soviet Union (USSR) and China. If you look at the publications and leaflets of that time, this is exactly the Mongolian scandal surrounding coronavirus.

The time that we used to eat Sinophobia vitamins and appreciated it has passed, and we did not notice that our expired vitamins began to turn into viruses. By the end of the twentieth century, the Soviet Union collapsed, and Moscow and Beijing remained the same “viruses” that they had previously partnered.

Well, it is enough time to realize. It was announced in 1984 that Sinophobia was no longer a vitamin.

Tsedenbal Yumjaa was fired from his post and was taken to Moscow, for he did not know the Soviet Union and China were in discussion to improve their relationship. Leonid Brezhnev died at that time, and a new leader appeared in the Soviet Union. It seems that he needed to prove his loyalty to the new Soviet leadership. In the early 1980s, he banished Chinese people who were in Ulaanbaatar to the countryside, thinking that Chinese-Soviet relations were still distant. However, he had just made an effort to reestablish his loyalty to the Soviets. He must have thought “Hostiling China will make Moscow satisfied.” For a while it was. That’s the reason why Chinese in the capital were suddenly expelled.

Meanwhile, Kremlin was on its way to ease its relationship with Beijing, but the “old man” of Ulaanbaatar barged in, ruining the plan.

Moscow was angry. In September 1983, one month after Tsedenbal expelled Chinese people from Ulaanbaatar, the Minister of Foreign Affairs of the USSR, Andrei Gromyko, held an emergency meeting and implemented a plan to oust Tsedenbal.

Two officials were sent to Ulaanbaatar for the ideology and security of the plan. They are the Adviser to the Ministry of Social Security, General Vsevolod Radchenko and the Ambassador to Mongolia S.Pavlov (1983-1985). Special missionaries completed their work in August 1984 and were soon dismissed.

Unfortunately, the Kremlin had not explained the reason for this mission to Mongolians. A noble USSR might have thought that a weak country, such as the People’s Republic of Mongolia (PRM), should not hear the explanation saying, “We are doing well with Beijing, and you will no longer despise China.”

The Kremlin had proved its will to develop the relationship between the Soviet Union and Chine by removing Tsedenbal Tsedenbal, who did not realize the current situation. Shortly after Moscow took its next major step in partnering with Beijing and suddenly recalled about 100,000 troops from the PRM.

The PRM was just a ‘brother who had to obey’ for the Societ Union. The Soviet leader, Mikhail Gorbachev, did not let Ulaanbaatarknow when he decided to withdraw troops from Mongolia to normalize Chinese-Soviet relations in 1989. The Democratic Party of the PRM at that time had been in a panic for a while after he watched the news on Soviet Central Television.

Perhaps, if the Kremlin told about its relations with China, Tsedenbl would have done things differently. Al least, he would not have expelled the Chinese people from Ulaanbaatar.

But most of the Mongolians left with uncertainty due to the Kremlin’s “disregarding”. In other words, the confusion remains the same as "the more you dislike the Chinese, the more you Moscow will love you.”

The interdependence between the two neighbors of Mongolia has entirely changed from the XX century. China, the great founder of socialism and communism with the help of Russia became a history. Further, China, which endured Soviet pressure and threats, has reformed and strengthened, competing with the USA and Europe with technology.

That’s how powerful China was forged, giving hope to Russia, which was entered in international sanctions, to develop. We all see that Russia's biggest hope in the West is China, which is building its competitiveness against the Westerns. Journalists from credible media sectors such as CNN and BBC are talking about it. 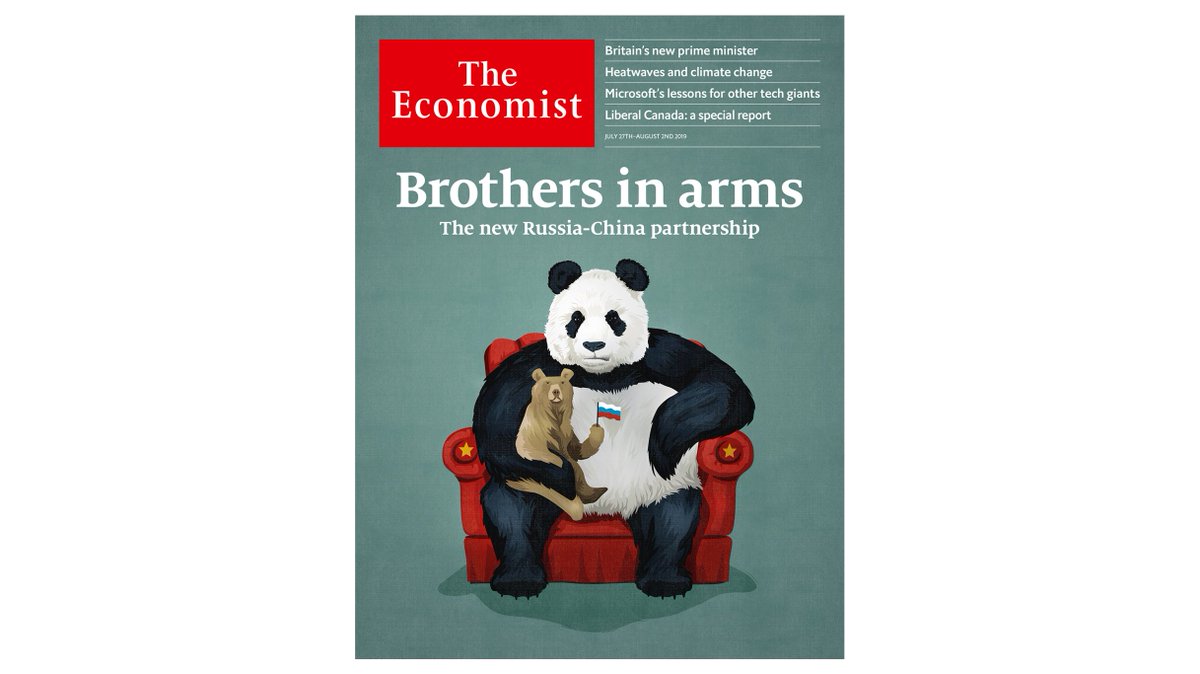 The time that we hoped that “as long as you dislike Beijing, we will be loved by Moscow” passed by already. However, Tsedenbal Yumjaa is an example in the mid-’80s, the XX century of what will happen if one barges between China and Russia again.

I did not say to “hate Russia” or to reduce to love. We owe respect and love for the Soviet Union, which have guaranteed the independence of Mongolia in the 20th century. However, the way we show love and respect to Russia is out of ages.

Beijing expressed their anxiety and delivered a referendum to Moscow following the decision to expel Chinese people from Ulaanbaatar in 1983. (Beijing did not express resistance to Ulaanbaatar) Moscow responded to id immediately and murdered Tsedenbal if you remember.

“What I mean is, trying to offend China and make Russia happy” may offend both. Interrupting when two superpowers are trying to reach an agreement is not a good option.

China and Russia are our eternal neighbors. Do not hate and envy both of them.As of ’70-’80s in the 20th century, a mindset that “as much as hate China, it will be loved by Moscow’ assumed as past history. Also, we need to understand and cope with Russian westernization. Even though they are white and Europe they have been discriminated to other Europeans.

It would not seem that difficult to understand this. Moscow and Beijing have no obligation to handle our peace.

Finally, China will win (to Coronavirus). If they will not conquer the disease, we will be defeated by that illness either. That is why we should Pray for China…

In the meantime, we need to get rid of the virus that stuck in our minds. █