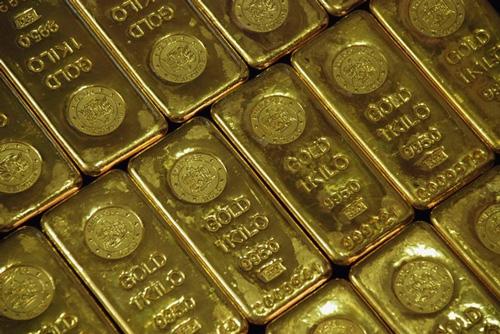 Gold ticked higher on Monday on firmer euro after ending about USD20 higher last week as a sovereign debt crisis in Greece ignited safe haven buying, which also sent euro-priced bullion to record. Spot gold traded as high as USD1,136.85 an ounce and was at USD1,133.80 an ounce by 0040 GMT, steady from New York’s national close on Friday, when bullion in euro term jumped to a lifetime high at 838.26 euros. U.S. gold futures for April delivery were unchanged at USD1,135.2 an ounce. The world’s largest gold-backed exchange-traded fund, SPDR Gold Trust, said its holdings stood at 1,116.120 metric tons as of March 5, up 0.609 metric tons from the previous business day.

According to Jeff Nichols, MD, American Precious Metals Advisors, gold could reach USD1,500 by year end. Jeff Nichols believes the links between the dollar and gold are likely to continue to weaken in coming months as, globally, major currencies continue to decline and are all going to be depreciating against gold.

Nevertheless, Jeff Nichols added this did not mean gold is only going to go up and he believes the yellow metal remains vulnerable in the short term not only to the flow of US economic news but also to the foreign exchange markets. While the short term outlook has a few clouds on the horizon, in the longer term Nichols is very bullish on gold. Part of the reason for this he says, is the drying up of some of the speculative selling that had pushed down prices.

According to the advisor, from a fundamentals view point, the selling that’s been going on over the last few months was carried out by people who have no long term allegiance to gold but view it as an instrument to be traded along with the US dollar and other financial instruments; on the other part, the buying is in physical form by people --and some institutions -- that have a long term affinity to gold and are likely to be long-term savers rather than traders and some of that gold will probably never come back to the market again. As such, the process overall over the last couple of months has left the gold market in a much firmer, much more positive position than we were a few months earlier.

Furthermore, Mr Nichols points out that this is all happening against a backdrop of year of very expansionary and inflationary US monetary policy. According to him, the prospect of ever larger Federal budget deficits will ultimately be financed by the Federal Reserve through monetary creation which promises to bring depreciation in the dollar both in terms of its foreign exchange rate and in terms of its domestic purchasing power. Those are all very positive for gold over the longer run as is the strength of demand that is going to continue from the Asian economy.

Jeff Nicholas believes that at the end of 2010 gold will hit the USD1500 level at some point, with lots of ups and downs or round a long term up trend. Ultimately in the next few years, the adviser said there is a very good chance we will see USD2000, even a good possibility of USD3000 or higher over the next several years.”