The latest quarterly Commodities Review from Societe Generale (SocGen) asserts at the outset that from a top-down, macro approach, 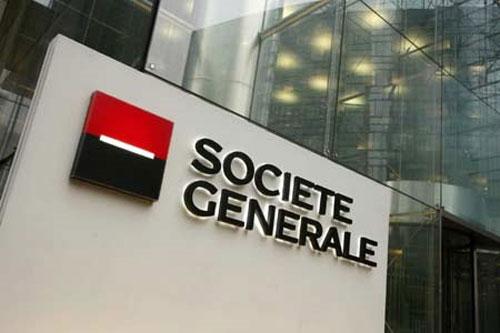 The latest quarterly Commodities Review from Societe Generale (SocGen) asserts at the outset that from a top-down, macro approach, the bank is moderately bullish on commodities as a group for the rest of 2010, but that the prices of individual commodities are expected to vary considerably.  The bifurcation of economic growth and the emphasis on developing nations points in particular towards base metals, steel, iron ore and energy.

The bank suggests that moderate support for commodities will come over the next few quarters from both fundamental end-user commodity consumption and investor commodity demand.  Economic growth is expected to top 6% in emerging countries and come in at slightly above 2% in developed economies as expansionary monetary and fiscal policies are working better in the former - a two-lane highway expected to persist some way beyond 2010. Furthermore the emphasis on emerging economies is on the development of infrastructure, which particularly requires the commodities listed above.

The bank suggests that we are looking for “binary inflation”.  Large output gaps persist in the developed economies, which should keep inflation well contained in 2010 and 2011, while there are mounting inflation risks in the emerging economies.  A debate over the medium term inflation outlook is beginning “to flare”, however, and SocGen is of the view that inflation is very likely to be the next hurdle to overcome.

The bank is looking for an upward trend in gold and silver over the next few quarters, driven by increasing inflationary fears and concerns that developed countries might be tempted to monetise some of their hefty sovereign debt. The average for the final quarter of this year is forecast at USUSD1,325 while that of silver is pegged at USUSD21.75.  The gold average for 2011 is expected to be the highest for the medium term, with prices coming down gradually thereafter.  The industrial element in silver’s character is expected to keep silver prices higher for slightly longer, with 2012 the peak year.  The trend, while upwards, is expected to be bumpy and long-term investors are cautioned that they must be prepared to ride out periods of volatility.

Meanwhile the platinum group metals, which have carried the banner for the precious sector since late 2008, are now expected to give up this leading role to gold and silver.

Among the base metals, SocGen notes that LME lead inventory continues to rise but that current stock levels still provide limited demand coverage.  Lead is expected to benefit from a significant boost from the rebound in the global auto sector (the bank is looking for a 40% increase in auto production against 2009).  Zinc’s price upside is expected to be constrained by a sustained market surplus - refined production is forecast to increase by 8% year-on-year in 2010.  Nickel prices surged in the first quarter of this year as stainless steel producers increased their production rates and LME stocks have begun to decline.  Stainless production is expected to rise by more than 14% this year, driven in particular by autos and domestic appliances.  Aluminium is seeing significant smelter restarts, both in China and the west as a result of rising prices.  Chinese copper demand, meanwhile, is expected to underpin a near 7% increase in global demand and LME inventories have been declining since mid-February.

China of course remains a key element in the outlook.  The SocGen economists are expecting a revaluation of the yuan this year, and argue that such a revaluation is more likely to support commodities then impede Chinese exports.