MP D. Zorigt, Minister for Minerals and Energy has expressed himself in an interview on Oyu Tolgoi and Tavan Tolgoi projects. 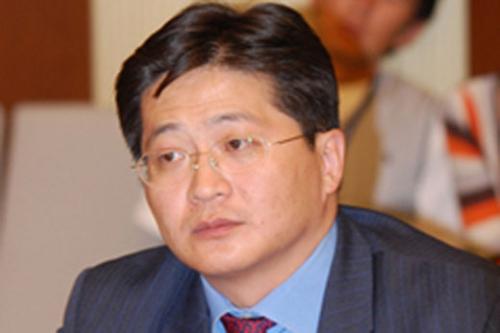 MP D. Zorigt, Minister for Minerals and Energy has expressed himself in an interview on Oyu Tolgoi and Tavan Tolgoi projects.

According to the Minister, the Oyu Tolgoi contract has begun to be implemented and will take full effect by April 6.

Many MPs had raised issues concerning differences arisen in the investment agreement with Oyu Tolgoi investors Rio Tinto and Ivanhoe Mines; issues mainly concerned with differences in the estimate in relation to the non-extraction of 19 million tons of ore from the Oyu Tolgoi deposit, the quantities of water required for daily refinement of 150 thousand tons of ore, the inclusion of a 2% payment to BHP Billiton in the estimate, and the unclear mine gold capacity.

Zorigt believes the company has accepted most of the Council’s demands. The investors have given fresh figures for the mine’s exploitable capacity and have agreed to leave Mongolia out of paying the 2% royalty fees to BHP Billiton. They have also accepted the council’s requirement to increase the factory’s output after five years by improving the water reserve.

Regarding the 19 million tons left out in the investors’ feasibility study, the council wanted more to be explored. According to the Minister, this can be done by revising the feasibility study. Zorig added he does not understand why people are claiming that the company deliberately calculated the reserve as lower than actual, saying that the 19 million tons were being thrown away. He said the Council simply asked for additional exploration.

The problem, D. Zorigt says, resides in the politicians who he blames for seeing through their political prism, twisting issues to gain political mileage, noting that it is better to let professional deal with the matter. The Mineral Council consists of professionals who have the ability to conduct a professional study of the reserve and works in a purely professional capacity. They raised questions and received clarifications.

Zorigt regrets that even after all the professional work, and after approval by Parliament, some are still keen to stop the project at all costs. An end to the project, he thinks, would go against the nation’s interests, development, and future.

He added that politicians have had long period of time to make their views known. But now, Parliament has approved the agreement and it has been signed; only the technical work is left.

When asked about Tavan Tolgoi, the minister said they had met representatives of the companies still interested. Apparently, some of them might prefer to form a consortium to work at Tavan Tolgoi. Nevertheless, the Government has to offer its terms first, which should be readied for the spring session, as requested by the Prime Minister S. Batbold