ULAANBAATAR: Mongolia is largely a homogenous country, but pockets of ethnic minorities can still be found on its vast landscape. 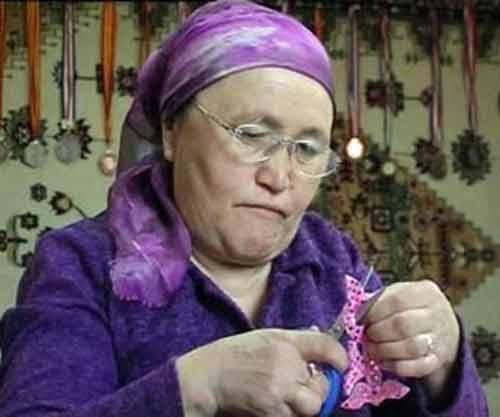 ULAANBAATAR: Mongolia is largely a homogenous country, but pockets of ethnic minorities can still be found on its vast landscape.

The numbers of one such minority - the ethnic Kazakhs - appears to be fast dwindling.

In the outskirts of Mongolian capital Ulaanbaatar is a Kazakh community.

The 800 families living there are mainly miners who migrated from western Mongolia since the 1940s.

Even though many of them have never lived in Kazakhstan, they have maintained traditional Kazakh customs, lifestyles and traditions.

One of these is a household which produces traditional Kazakh carpets and embroidery.

Tulkbai Sailau, Kazakh minority in Mongolia, said: "I have lived in this area for over 40 years. I have five daughters and a son. All my daughters know how to sew and knit."

Mongolkhan Aksakal, Kazakh religious leader, said: "Kazakhs moved to Mongolia a long time ago so they preserve the culture and tradition much better than those in Kazakhstan. When they go back to Kazakhstan, they teach their tradition and culture to Kazakhs living in Kazakhstan."

There are regular interactions and exchanges between Mongolian Kazakhs and those living in Kazakhstan.

Mongolian Kazakhs are predominantly Muslims, but many were unable to practice their faith during the Soviet era, because of Stalin's crackdown on religion.

More than 200 years ago the advance of the Russian empire troops had forced many people from Kazakhstan to settle down in neighbouring countries, including Mongolia where they have formed a tightly-knit community.

But with the collapse of the Soviet Union in 1989, the ethnic Kazakhs in Mongolia have also been swept up in the sea of changes.

One of the key changes includes an incentive scheme by the Kazakhstan government to attract ethnic Kazakhs around the world to return to their ancestral country.

The scheme is aimed at boosting Kazakhstan's economic growth and to address an earlier demographic imbalance, where ethnic Kazakhs were a minority in their own country.

Although many Kazakhs say they leave Mongolia for the better prospects in Kazakhstan, some are happy to stay put.

Tulkbai Sailau added: "There is a saying that one's motherland is the place where one is born. I'm happy here even though there are problems like unemployment, and not having access to markets for my carpets and embroidery."

Ethnic Kazakhs in Mongolia say there are few political pressures and hardly any discrimination against their minority status.

And even though many Mongolian Kazakhs are Muslims, they get along well with the predominantly Buddhist Mongolians.

Although Kazakhstan is keen to reach out to its Kazakh Diaspora, economics - and not necessarily cultural identity - will ultimately decide if ethnic Kazakhs choose to stay in Mongolia, or return to their ancestral homeland. - CNA/de

China’s coal output to increase in 2010