According to Reuters, China Shenhua Energy Co Ltd said it is still in the running for a stake in Mongolia’s massive Tavan Tolgoi project, 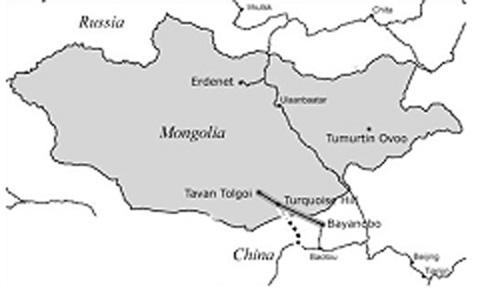 According to Reuters, China Shenhua Energy Co Ltd said it is still in the running for a stake in Mongolia’s massive Tavan Tolgoi project, adding a new twist in the long-running tussle for what has been billed the world’s largest untapped coking coal resource with estimated reserves of 6.5 billion tonnes of coking coal.

Shenhua’s President Ling Wen’s commented on Tuesday that “this year, the companies were asked by the Government to submit their bids for a second time and he believes we have the greatest competitive advantage over the others.” 10 companies are currently competing for the project – excluding Shenshua.

Surprisingly, when reported at the sidelines of a media briefing about Prime Minister S. Batbold’s decision not to auction a 49-percent stake in the Tavan Tolgoi project and investors to work as contracted operators, Ling said he had never heard of it, adding further that he had just met Mongolia’s prime minister. Ling said Shenhua has been interested in the project since 2003, but declined to comment on a timetable for the stake sale.

Always according to Reuters, shares in Shenhua, China’s top coal miner and the world’s most valuable coal producer, fell to their lowest levels in more than two weeks and lost 1.5% by midday.

Mongolia’s government decision to keep 100% of the huge coal deposit, a sign of the government’s determination to fully control one of the landlocked country’s most valuable natural resources, was a backlash for investors who believed the Oyu Tolgoi deal - in which Mongolia will retain a 34% interest – would set a precedent for future deals such as Tavan Tolgoi. The move was also seen as a flashback to earlier in the decade when Mongolia slapped a windfall tax on mine profits – due to end in January 2011- and sought large stakes in a number of big projects to defuse public disquiet over earlier generous concessions to foreign firms.

Mongolia has long frustrated the global resources industry by dragging its feet on investment decisions. The Government, hobbled by indecision and bureaucratic infighting, took years to conclude an agreement to develop its largest copper-gold property at Oyu Tolgoi, with Ivanhoe Mines and Rio Tinto. But many are unhappy with the deal.

Meanwhile, the working group on Tavantolgoi met representatives of the Japanese Sojitsu and Sumimoto joint consortium yesterday /March 15, 2010/, the last such meeting with the 11 bidders selected after the first tender. They have all been explained Mongolia’s terms, and will be expected to submit their reply without much delay. The Prime Minister ordered that substantial progress be made before the end of the Parliament’s spring session.

Several officials, including Presidential Adviser on legal policy G. Ganzorig, Director of the President’s Office L. Batjav, Vice-Director of the Anti-Corruption Authority D. Sunduisuren, briefed journalists on draft amendments prepared by the President to change the Criminal Law. The drafts propose that persons involved in and found guilty of corruption be more severely punished.

At present, corruption does not fall in the category of serious crimes and is thus covered by amnesty laws. Persons convicted of robbery or theft are sentenced to 15 years, while those guilty of massive embezzlement of Government money get only 5-year terms. In Edernet, a woman had been reported to have her son condemned to eight years of imprisonment for the theft of two mobile phones. The President thinks this is contrary to the basic principle of equality of all before the court.

The draft proposes the lift of amnesty for anyone convicted on a charge of corruption. It also seeks to extend the period for which a convicted person cannot work in a high position from the present 2 years to 10.

According to the Human Right 2009 Report, the Government’s Independent Agency Against Corruption opened cases on 240 complaints, and transferred 107 complaints to other agencies. At year’s end 32 cases were under investigation. The Special Investigation Unit (SIU) investigated a total of 379 subjects -- 208 police officers, 126 civilians, 32 investigators, eight intelligence agency officers, two judges, and three prosecutors. The report also stated that corruption and bribery could contribute to the dismissal of a case or reduction of a recommended sentence. In 2009, one misconduct case was opened concerning judicial corruption. The judge in question was found guilty but spared punishment under the president’s July blanket amnesty law.