PM:Mongolia embarks on great productive development of industrialization based on mining

In traditional Naadam speech during Naadam, “the Holiday of State of Mongolia with over 2200 years history, 804th anniversary of establishment of Great Mongol Empire, 89th anniversary of People’s Revolution”,

In traditional Naadam speech during Naadam, “the Holiday of State of Mongolia with over 2200 years history, 804th anniversary of establishment of Great Mongol Empire, 89th anniversary of People’s Revolution”, according to Government Media Office, Prime Minister has said to the nation on July 11,2010: “I am pleased to inform our people that Government together with Parliament has made many important decisions that can fully express deep meaning and content of State Naadam, a state
ceremony that declares worldwide independence of the country, its full powers, national pride and Mongolian fierce spirit.
We have laid foundations for economic democracy, determined ourselves our railroad policy and formulated legal environment to mine Tavan tolgoi deposit. These are historical decisions that we, Mongolians, have made together for development of our country. Yes, we, Mongolians, can do it together. Article of the Constitution that” underground resources are property of the people” is being implemented in reality and we are to own shares from Tavan tolgoi deposit. The Government is making its goal to issue to every citizen share and bounty from Human Development Fund. In this connection countrywide updated civil registration has started.” Further, during current summer visit to western nine provinces of Mongolia, the Prime Minister has said to local citizens on July 23,2010: “Stage of great national productive development based on mining has started. This is real work. I call on you all to personally participate in this great work. 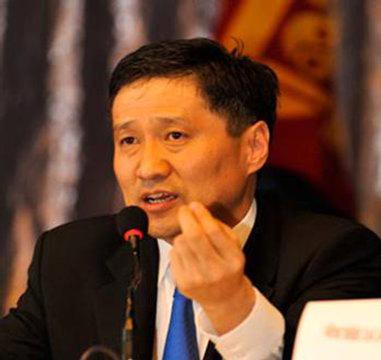 In order to put strategic deposits into economic production the Government has firstly established Investment Agreement to mine Oyutolgoi deposit and have laid legal foundation to mine Tavan tolgoi. By doing so, we have together made historic decision to open opportunity to own preferred rights shares to people and
citizens and national companies, to have every citizen own his/her property and be a master of natural resources.
Government is working swiftly in order to ensure continuity, well-researched and well
founded, integrated policy and united leadership to many works such as start of mining of deposits, development of infrastructure to transport mined minerals, final processing of minerals, selling reaching high price on the international market and preparing professional workers.
Parliament has approved state policy on railroads. As a first stage in 2011-2014 over 1000 km railroad will be built with Tavantolgoi- Sainshand-Baruu urt-Choibalsan route. Sainshand industrial hub is to be established, with many plants for coal to be processed, coke and steel made, coal gasified, crude petroleum
processed and copper to be smelted. First stage of the hub will built in 2011-2014 and after full completion in 2021 in total about 80 thousand new jobs will be created.
In order to resolve together and coordinate goal of improving quality of people’s lives and living conditions with industrialization policy, capital market will be developed and reform of education sector will be intensified.”