President of the Confedera­tion of Mongolian Trade Unions (CMTU) and Labour leader S. Ganbaatar has expressed his an­ger at current governmental 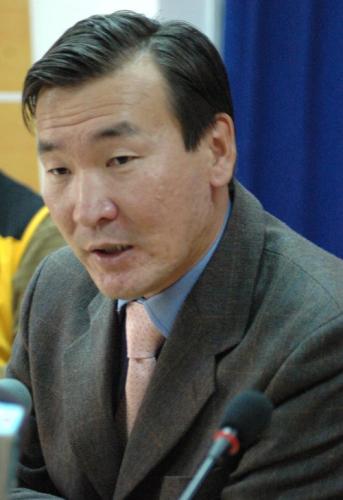 President of the Confedera­tion of Mongolian Trade Unions (CMTU) and Labour leader S. Ganbaatar has expressed his an­ger at current governmental poli­cies to invest mining revenues in international securities and at the creation of the Human Develop­ment Fund.

S. Ganbaatar has been quoted by The Mongolian Mining Jour­nal to say about investing mining revenues in international securi­ties to generate profit that it was “gambling, even if legitimized, and could not be national policy, particularly when Mongolian did not have a single expert... who really knew about investing and trading in securities.”

The labour leader also called for an abolition of the Human Development Fund Law which he believes is damaging the nation’s economy by “destroying its peo­ple’s ambition to live independent lives and encouraging them to believe that it is possible to live without doing anything.”

He believes that if “Mongolia cannot provide its own manpower, naturally technicians and engi­neers from other countries will come to work in large mining proj­ects while Mongolians will only have unskilled and menial jobs,” in which case, mining revenues would be better used to finance the education of young Mongo­lians abroad.

S. Ganbaatar also pointed out that investing in training and education would not bring the Government popular support, but noted that skilled people created job for others.