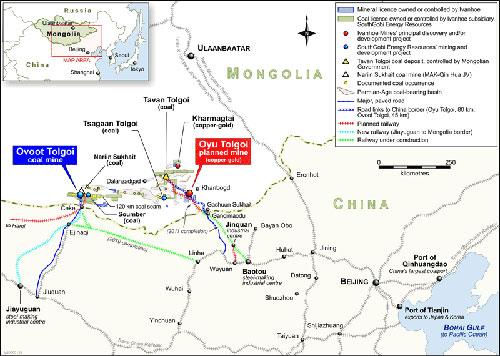 HONG KONG (Dow Jones)--ING Groep NV (ING) has appointed a head of corporate and investment banking for Mongolia, the company said in an internal memo seen by Dow Jones Newswires, possibly becoming the first major bank to create such a post dedicated to Mongolia.

Taking on the newly created position is Howard Lambert, head of Asia structured credit trading in Singapore. Lambert will be moving to Ulan Bator and will work closely with Sergelen Tsedendamba, ING's chief representative in Ulan Bator.

Lambert joined ING in 2008 and has more than 14 years of experience in regional credit trading covering Russian and Eastern European issues. Before joining ING, he was at Standard Bank Asia in Hong Kong, covering the Mongolian market. While he was at Standard Bank, he helped originate, structure and distribute the first Mongolian local-currency synthetic product. He is also currently the South East Asian representative of the ACI Mongolia Financial Markets Association.

Mongolia, a landlocked country sandwiched between China and Russia, has been stepping up its efforts to mine and develop its abundant resources. It has some of the world's largest undeveloped copper, iron-ore and coal deposits.

Progress on the development of Oyu Tolgoi and Tavan Tolgoi mines are likely to contribute a significant boost to the country's gross domestic product.

Fluor Corp. agrees to proceed with work on Mongolian copper and gold mine project