Canadian company Khan Resources could be on the verge of losing a vast amount of money and essentially being kicked out of Mongolia. 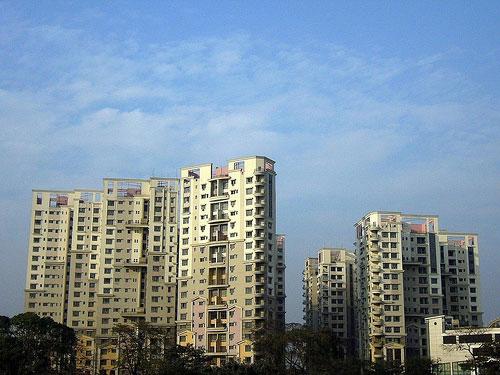 Canadian company Khan Resources could be on the verge of losing a vast amount of money and essentially being kicked out of Mongolia.

Minor Toronto-listed uranium explorer owns a 58% interest in the Central Asia Uranium Company (CAUC) with the remaining 42% split evenly between the Mongolian government and ARMZ, an arm of Rosatom and part of the Russia’s state-owned nuclear conglomerate.

The Dornum uranium deposit which is located in northeast Mongolia and mined by CAUC contains at least 28 thousand tons of uranium, but according to Russian experts, further and better exploration could uncover twice that amount. As a result, both Khan’s partners want a greater share in CAUC.

Consequently, in May 2009, the Russian government gave its support to ARMZ and Prime Minister V. Putin visited Mongolian for talks with Mongolian officials, focusing on Russian participation in mining Mongolian uranium.

Moreover, in July 2009, the Mongolian government changed the law to raise Mongolia’s stakes to a t least 51% in such ventures.

The Canadian company responded by threatening to take Mongolia to international arbitration court and both parties eventually started talks on a compromise.

But in late August, Russian President Medvedev arrived in UB accompanied by Rosatom chief S. Kirivenko. They also met with Mongolian officials to discuss the participation of Russian companies in uranium mining on the territory of the former communist ally and both sides signed an agreement promising greater Russian participation in extracting Mongolia’s uranium.

Soon after, the head of ARMZ declared the Mongolian government was reviewing Khan Resources’ contract and announced that all the licences for the Dornond site had been temporarily suspended.

Then, a month later, ARMZ made an hostile bid for the Canadian company’s CAUC shares to “cement their control of the company and the Dornod deposit in eastern Mongolia,” according to Lockhart, an editor at Newsbase, a british-based news service that publishes reports on the international energy sector, including on conventional fuels and alternative energy sources.

The Russian offered about USusd 35 million per share for Khan’s CAUC stake, which the Canadian company refused because of its low value and because it believes ARMZ is  negotiating with the Mongolian government without recognizing its interest in the deposit.

At the start of 2010, Khan Resources’ license to work at the Dornod site was suspended and ARMZ would not withdraw its hostil bid despite Khan’s refusal.

While the Mongolian government lifted the suspension in January, the Russian bid remained on the table and Khan  was still at risk of losing at least half its share in CAUC.

Fortunately for Khan, another bid was made in February from CNNC Overseas Uranium Holding, a Hong Kong-registered unit of China National Nuclear Corporation, China’s main state-owned nuclear company, a buyer that could stand to the pressure buy the Mongolian government and the Russian company and disburse some USusd53million.

Nevertheless, Khan’s agreement to sell its shares to CNNC is not finalized and the Mongolian government said that any deal selling Khan’s interest in Dornod to the Chinese would require its approval, which Khan denies.

Mongolia may decide soon on uranium JV with Russia